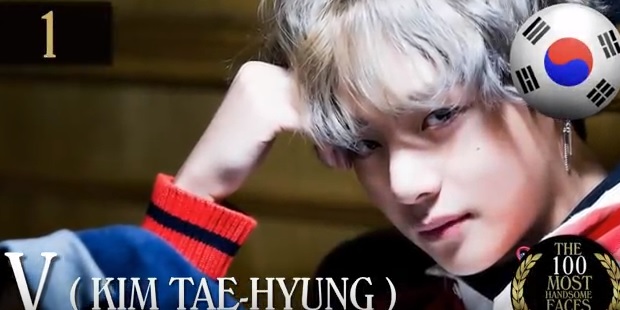 BTS has recently performed at the recent American Music Awards. Now V, also known as Kim Tae Hyung, from BTS has claimed another honor of being chosen as  the Most Handsome Face of 2017 by The Independent Critis led by TC Chandler. Other two members from BTS has made into the list. Jungkook took the No.13 spot, while Jimin was at No.64.

Another members from a boy band EXO has also made the list. Sehun came at 9th place and Kai at 38th place respectively.