The groundbreaking ceremony for GTX-A Line will be held on Thursday at Kintex in Goyang, Gyeonggi Province, the Ministry of Land, Infrastructure and Transport announced Wednesday.

GTX, the city-wide high-speed rail network, is currently under expansion to support long-distance commuters to and from Seoul in line with the government’s new suburban development project to ease the housing shortage in and around Seoul and tame the city’s runaway housing prices. 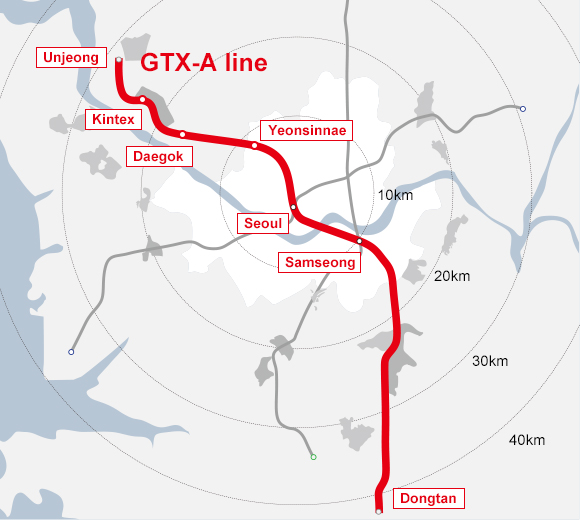 Check out a video summary of the project (Korean).

By Choi Hee-seok and Lee Ha-yeon