On July 4th, FIFA started a poll on twitter, stating that they will be playing one of the songs in the FIFA World Cup Stadium during one of the games.

Turn it up and feel the beat!

From the final four, which beat do you want heard inside the stadium? VOTE NOW! 🎶 #FIFAStadiumDJ

The poll quickly became a worldwide trend with two K-pop band BTS and EXO taking the lead and staying there. 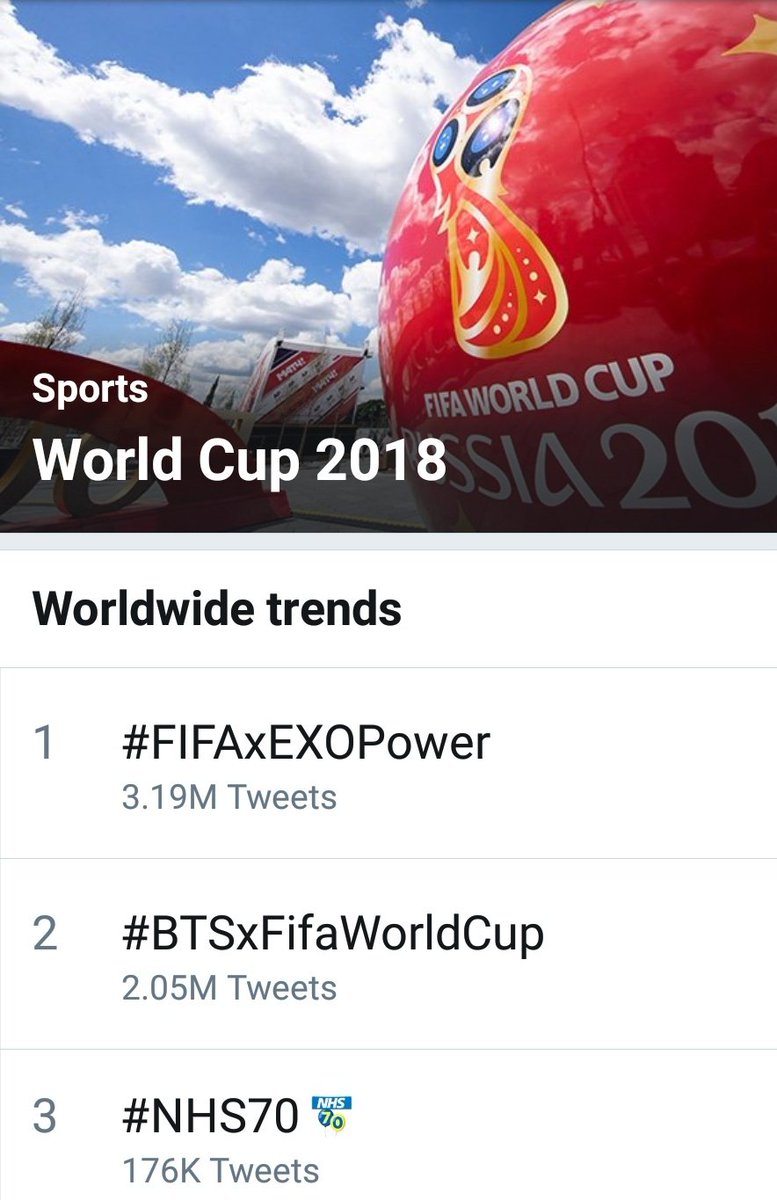 Over 3 million votes were cast over a 24 hour period and the results were announced with EXO slightly beating out BTS.

Take it from us, @WeAreOneEXO sure know how to rock a stadium! 😍#EXO Their full closing ceremony performance here 👉 https://t.co/PLQMdiMJgp pic.twitter.com/w7TODHg1l9

Great news. We also ran a poll on Instagram. Fans of both groups are winners! Enjoy the rest of the day/evening.

Alex Stone, who is responsible for the Social Media Team of FIFA World Cup has announced that BTS will be also played.