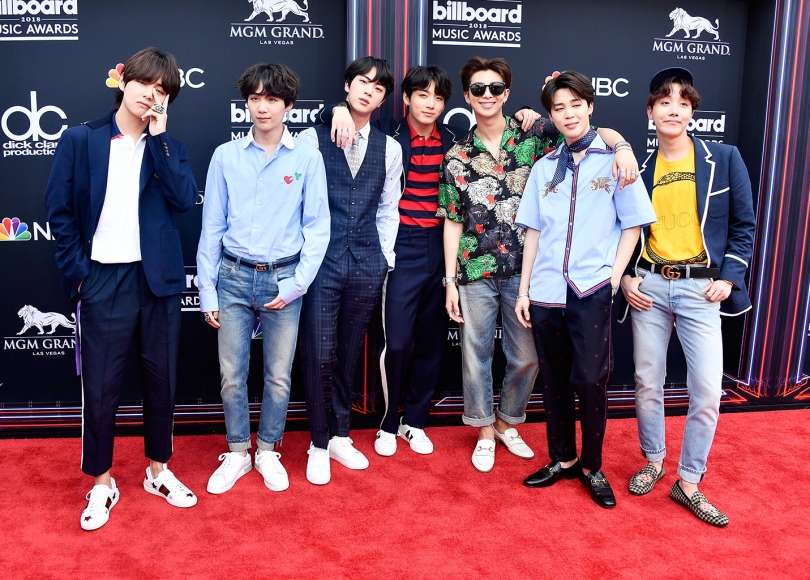 According to Remezcla, BTS have gone straight up the Mexican iTunes Charts since South Korea’s shocking 2-0 win against Germany in the last round of today’s World Cup group stage matches.

This win for Korea sent the Germans crashing out of the tournament, which ultimately saved Mexico in the process. Mexico fans have since erupted into sheer elation online, tweeting out nothing but love and praise for South Korea. It looks like the Mexican national team fans have been playing BTS pretty much nonstop in appreciation for South Korea.

THEY PLAYED FAKE LOVE ON MY MEXICAN RADIO RIGHT AFTER KOREA WON AGAINST GERMANY AKA SAVING MEXICO'S ASS LMAO PERHAPS EVERYONE IN MEXICO IS A BTS STAN NOW! @BTS_twt #MexicovsSuecia #MEXSWE

UGH WE LOVE KOREA'S REPRESENTATIVES! They were the 1st group that came to everyone's mind! 💪👑#TeenChoice #BTSARMY #ChoiceFandom @BTS_twt

BTS knew Korea would save Mexico in the World Cup and that is why they wrote Airplane Pt. 2. They knew we would need an anthem for the raza. You can't change my mind.

South Korea saved Mexico from being eliminated and the first thing they thought of when korea won was BTS, they rose 37 spots on Mexican and 21 on US iTunes,they are truly getting all those free streams and downloads and views just bc Korea won, that's BTS power y'all.

Thank you Korea, you saved Mexico, we stan BTS from now #MexicoVsSuecia pic.twitter.com/FNTBCK6fqL

All of Mexico is now BTS stans it's law now