The World Famous Lion King Broadway Musical show is in the midst of doing a world tour.  Starting from Manila in the Philippines, on to Singapore, and finally landing in Korea in November this year, the tickets are now out for grabs!

Currently, you may only purchase tickets for Seoul and Daegu Lion King Broadway Musical performances. The tickets will start selling on August 28th from 11AM in Daegu, and 2PM for Seoul time. Tickets and other details for Busan performance will be finalized after April next year.

The running time of the musical is 150 minutes, including the intermission.  Minimum age requirement is 8 years old. 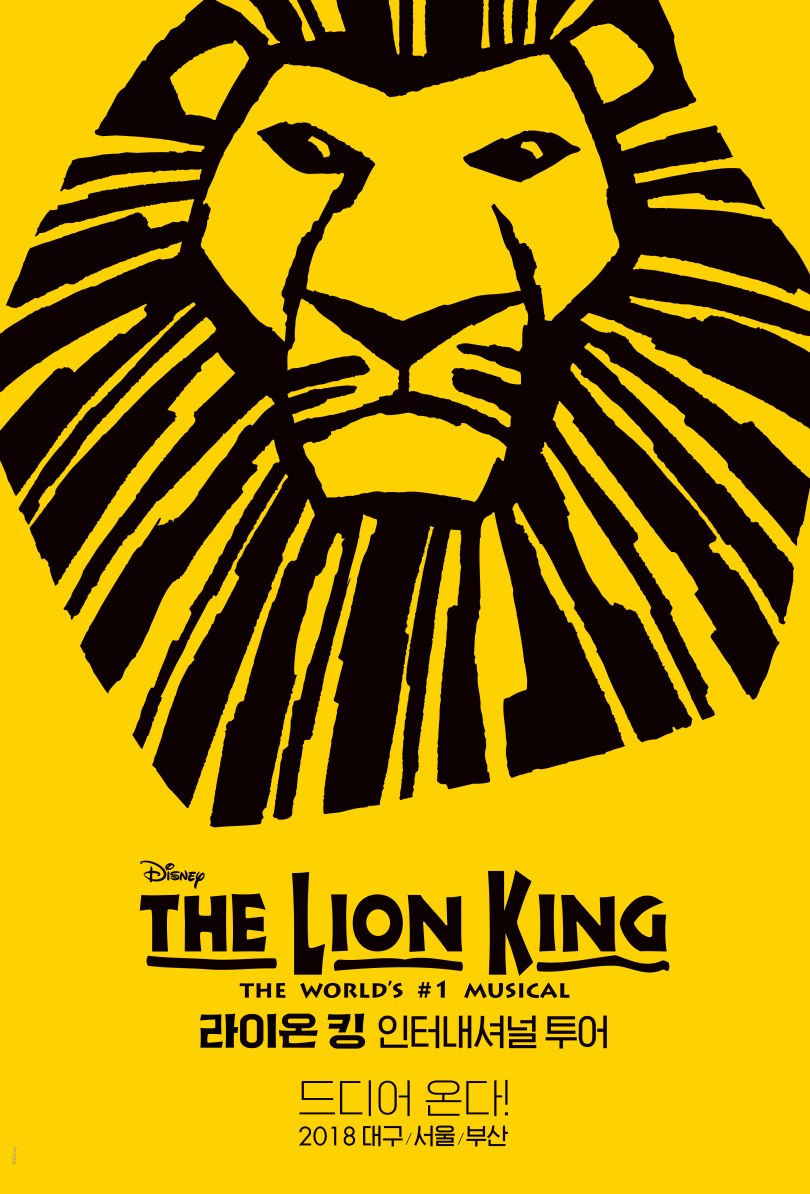