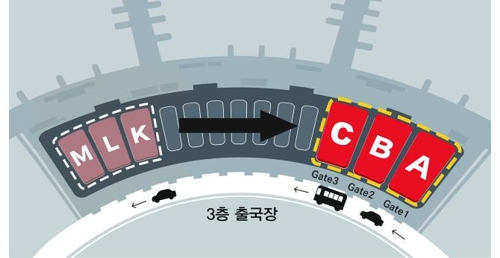 Asiana Airlines Inc. said it will relocate its ticketing counters and lounges in Terminal 1 of Incheon International Airport next month to better serve its customers.

Asiana plans to move its ticketing counters, lounges and other supplementary facilities from the west wing part of Terminal 1 to the east side on Oct. 1, the company said in a statement.

Seven airlines currently based in Terminal 1 will also be relocated to Terminal 2 to better serve the passengers that flies with Skyteam.