Jetstar will be the first Australian carrier in more than a decade to fly to South Korea with its own aircraft when it launches nonstop flights between the Gold Coast and Seoul Incheon in December 2019.

The Qantas-owned low-cost carrier (LCC) plans to fly to Seoul Incheon three times a week, with the inaugural service to take off on December 8.

The flights have been scheduled as an afternoon departure from the Gold Coast on Wednesdays, Fridays and Sundays, arriving at Seoul Incheon late in the evening. The return service is an overnight flight that lands back on the Gold Coast in the morning.

The route will be served with Boeing 787-8s that have 335 seats comprising 21 business class recliners in a 2-3-2 configuration with 38-inch pitch and 314 economy class seats at nine abreast with 30-inch pitch.

Jetstar group chief executive Gareth Evans said he expected the new flights would stimulate demand at both ends of the route.

“By introducing low fares to Seoul, we expect that South Korea will be a country that jumps to the top of many Australian traveller’s bucket lists,” Evans said in a statement.

“South Koreans already travel more frequently than any other nationality in the Asia Pacific, so there’s no doubt they will take advantage of these new direct flights to Australia.

“The Gold Coast offers the perfect gateway for tourists visiting Australia with its famous beaches and attractions, and direct Jetstar flights connecting to seven other destinations across the country.”

Currently, Asiana Airlines and Korean Air are the only two airlines with year-round nonstop flights between Australia and South Korea.

Asiana flies to Sydney, while Korean Air has nonstop flights to Brisbane and Sydney.

“South Korean visitation to the Gold Coast and northern New South Wales increased by 53 per cent last year, so there is a significant growing demand to connect our regions,” Queensland Airports chief executive Chris Mills said in a statement.

(Queensland Airports is the owner of Gold Coast Airport.) 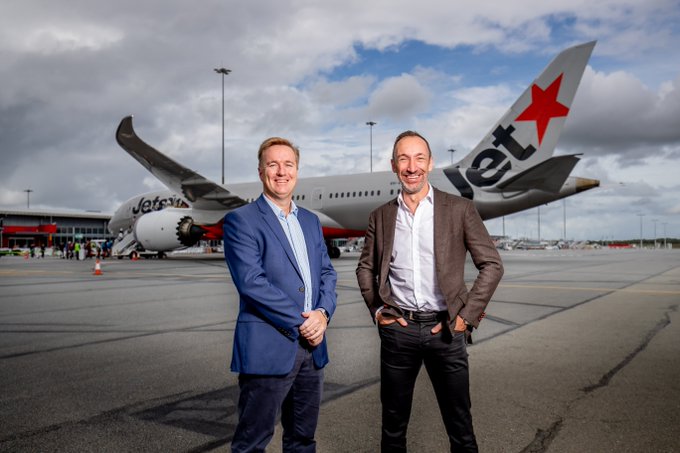 Qantas last served South Korea with its own aircraft in the mid-2000s when it flew Boeing 767-300ERs on seasonal services between Brisbane and Seoul. It also had year-round flights to Seoul in the late 1990s.

Ansett Australia also flew to Seoul in the late 1990s.